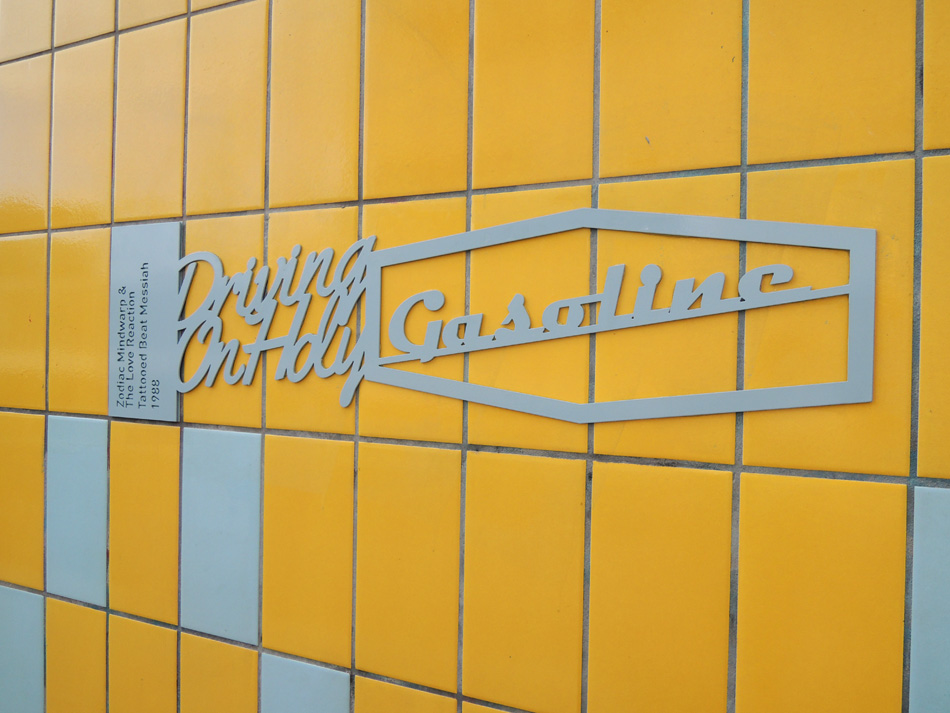 There’s some kind of weird umbilical link between art & design and rock ‘n’ pop – perhaps it’s the ability to hone an idea down to something instantly communicable. Zodiac Mindwarp is one of several designer/illustrators turned rockstars in the Song Tunnel. The story goes he figured that actually living the life of a rockstar was a better idea than designing magazines about them, and when The Love Reaction hit full velocity you wouldn’t dream of questioning that assumption.

In this 2002 interview Mark Manning (Zodiac’s real name) talks coming from Armley and going to art school, amongst other things. Contains strong language.