Say You’ll Be There 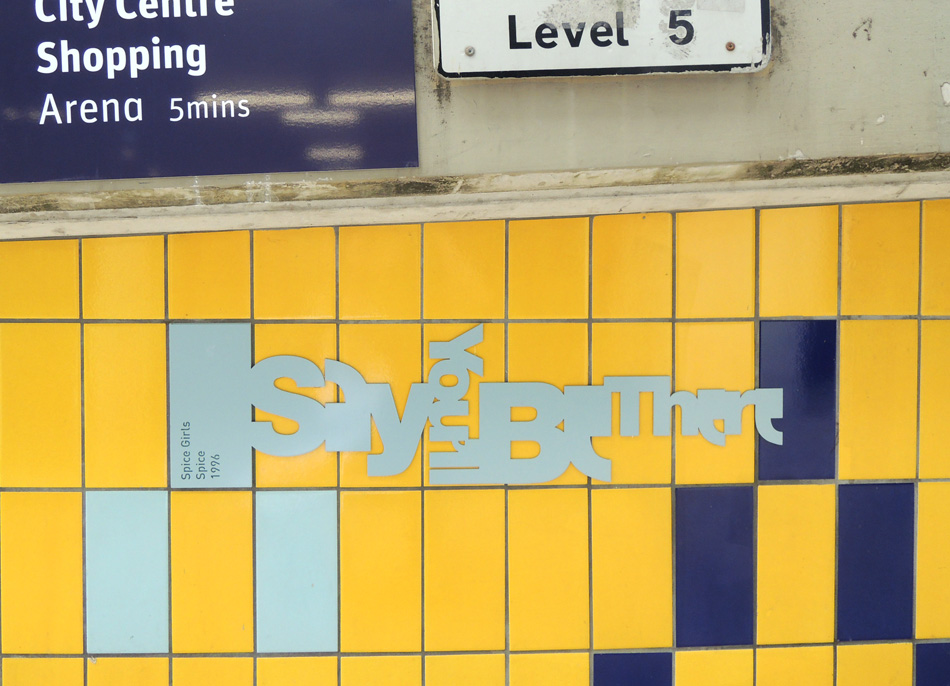 Mel B aka ‘Scary Spice’ was born in the Harehills area of Leeds and grew up in Burley. Having been a pupil at Intake School in Bramley she shares a link with fellow Song Tunnel artist, Jake Thackray who taught at the school before leaving teaching to concentrate on his musical career. Jake, however, was long since gone when a teenage Melanie Brown studied performing arts there, possibly dreaming of taking Britain by storm in enormous heels and leopard print catsuits. The Spice Girls famously proved to be the most commercially successful British group since The Beatles with Mel B subsequently also having a solo #1 and several top ten singles.